Around the ranch, Too Blue King is our go-to workhorse. Roping cattle in the pasture or dragging calves for branding, he never shirks a task. In harness, Blue has plowed the garden, run the Cane Mill, and pulls the wagon for evening rides.

Although Blue mainly competes in Mounted Shooting, he excels at Team roping both head and heel, and calf roping. In the rodeo arena, Too Blue King has experience in roping and dragging bulls, as well as picking up Broncs.

In just 2 seasons of CMSA Competition, Too Blue King has qualified twice for the AQHA World Show at the Houston Livestock Show and Rodeo, as well as the following: 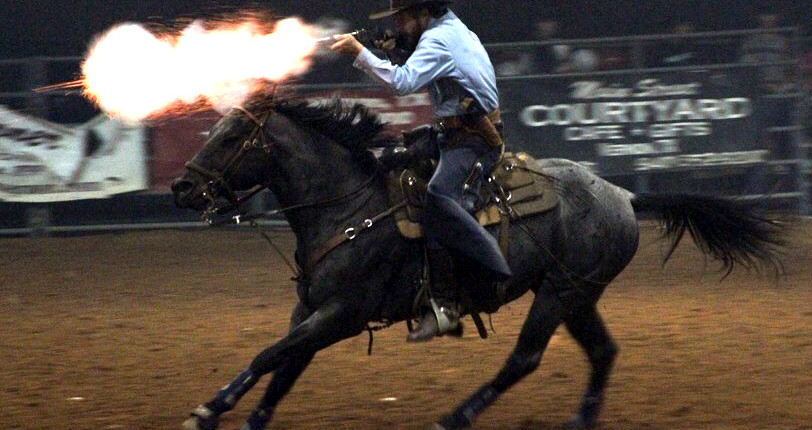 Check out the official Too Blue King Instagram and Facebook pages for recent pictures, posts, and updates!

Mark your calendars for the 5th Annual 1836 Checkwagon Race held at Diamond B Ranch in April 2017!